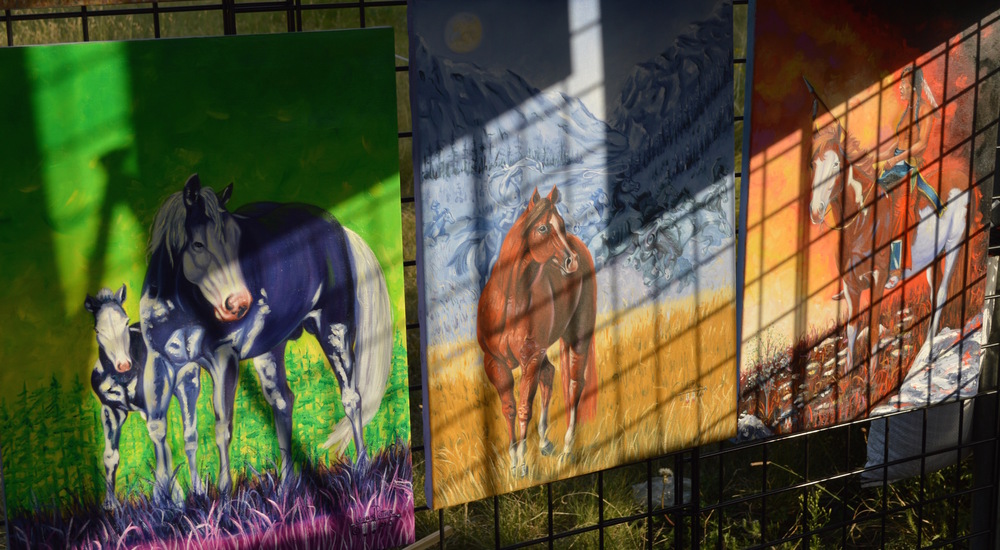 Leonard Peltier could not be present at the exhibition of his artwork at the second Indigenous Fine Arts Market (IFAM) in Santa Fe, NM, held on August 20-22, because he’s been incarcerated in the U.S. federal penitentiary system for the last 40 years. He’s currently in Coleman (Florida), a known “gang prison,” a brutal and violent place subject to frequent lockdowns lasting not uncommonly for as long as a month.

While the primary focus of this article is not the case for clemency, the reality is that presidential intervention is his only remaining avenue to freedom. Barring the appearance of some staggering new piece of evidence, all appeals for a new trial have been thoroughly exhausted. The feeling among his inner circle is that a new president, whoever it may be, is unlikely to risk involvement; but a lame duck president just might quack Peltier’s way. The mere fact that this show has almost miraculously manifested whets the appetite for hopefulness.