Youth of Ireland Stand Out / Camp Out for Leonard Peltier 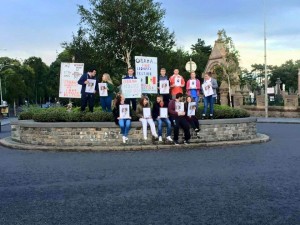 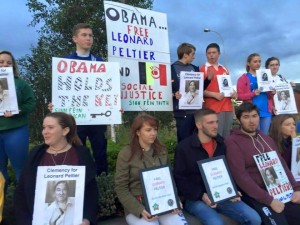 On Saturday 12th September, Leonard’s birthday, Ireland for Peltier worked in conjunction with the Mairead Farrell Republican Youth Committee from West Belfast to stage a 24-hour camp out in support of Leonard’s release from prison.

Their ultimate objective is to demand of Obama to exercise his ability to grant clemency to Leonard Peltier, and the theme of the camp-out focused on that. The group held white-line pickets throughout the day while guest speakers Geri Timmons and Padraig Ó… Muirigh spoke at 7pm, giving an update on Leonard and his situation. Geri read out a letter from Leonard.