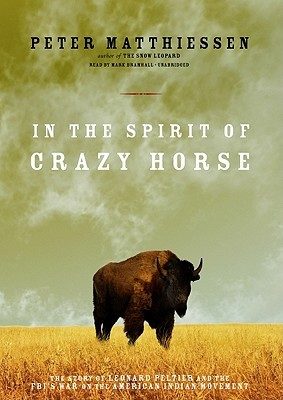 On a hot June morning in 1975, a desperate shoot-out between FBI agents and Native Americans near Wounded Knee, South Dakota, left an Indian and two federal agents dead. Four members of AIM, the American Indian Movement, were indicted on murder charges, and one, Leonard Peltier, was convicted and is now serving consecutive life sentences in a federal penitentiary.Behind this violent chain of events lie issues of great complexity and profound historical resonance, brilliantly explicated by Peter Matthiessen in this controversial book. In a comprehensive history of the desperate Indian efforts to maintain their traditions, Matthiessen reveals the Lakota tribe’s long struggle with the U.S. government, from Red Cloud’s War and Little Big Horn in the nineteenth century to the shameful discrimination that led to the new Indian wars of the 1970s
All purchases are final. All prices are in U.S. dollars. For international orders, you can change your currency in the Paypal checkout. Shipping fees are calculated in the Paypal checkout. We generally use USPS First Class mail to keep our operating costs as low as possible and we use eco-friendly shipping materials when possible.