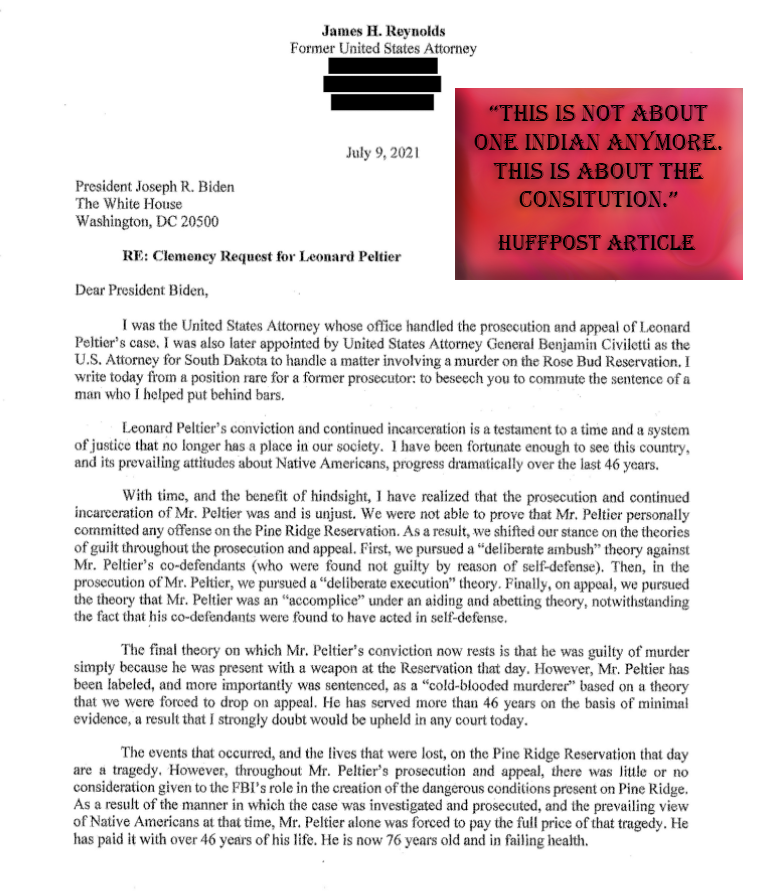 We are excited to announce the launch of the Leonard Peltier Official Merchandise Shop. Native colors and traditional designs, as well as fragments of Leonard’s artwork appear throughout the merchandise line. Additionally, a portion of every sale goes back to the Leonard Peltier Defense Fund, setup to support Leonard’s legal expenses as well as set him up for the day he walks free again.

Who Is Leonard Peltier?

Native American activist Leonard Peltier has spent over 40 years in prison for a crime he did not commit. Prosecutors and federal agents manufactured evidence against him (including the so-called “murder weapon”); hid proof of his innocence; presented false testimony obtained through torturous interrogation techniques; ignored court orders; and lied to the jury. People are commonly set free due to a single constitutional violation, but Peltier—innocent and faced with a staggering number of constitutional violations—has yet to receive equal justice.

What Can I Do?

Learn About the Case

Browse the history and case documents of the trial and learn more about Leonard Peltier.

Get the Facts
Host An Event


Raise awareness for Leonard Peltier anywhere in the world. Read our tips on how to host a successful event.

The National Congress of American Indians (representative of over 500 Indian nations in the United States) unanimously passed an historic resolution on Mr. Peltier’s behalf in late 2011. Various other governments, dignitaries, and human rights organizations from around the world have also called for Leonard Peltier’s release.

James Reynolds Former US Attorney  said (The Guardian 01/04/2017) of Leonard, “You’re not really participating in the crime yourself. Just because you’re there, you’re going to get nailed.” Citing Peltier’s motives, Reynolds added, “he didn’t go out there with the intention to kill anybody. He was trying to protect his people”

Read Statements
Note:  Much of the information contained on this site is derived from “In the Spirit of Crazy Horse” by the renowned author Peter Matthiessen. The book is the definitive work on the American Indian Movement (AIM) and the Peltier case. The author successfully defended against lawsuits brought by former Governor and Congressman William Janklow from South Dakota (convicted of manslaughter in 2003, jailed, and forced to resign his congressional seat in disgrace) and FBI Special Agent David Price in three different states, surviving an eight-year litigation. As acknowledged by the courts, Matthiessen’s “reputation for not being sensationalistic or scandalous is well known. He is a highly respected author and his works have received wide acclaim.”
×