Hours Away From Too Late: Demand Freedom for Leonard Peltier 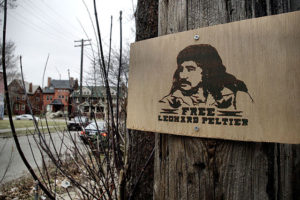 Tuesday was a day of great joy and celebration for those who have rallied for the freedom of political prisoners Oscar López Rivera and Chelsea Manning. With longstanding campaigns demanding the freedom of López Rivera, who fought for Puerto Rican independence, and Manning, a US soldier-turned-whistleblower, these were both important victories, for the prisoners, their loved ones and supporters around the world. In addition to Rivera and Manning, 207 other commutations were also granted on Tuesday. But among those left behind in this end-game round of clemency was another activist whose longtime campaign for clemency may well hinge on Obama’s last moves in office: Leonard Peltier.