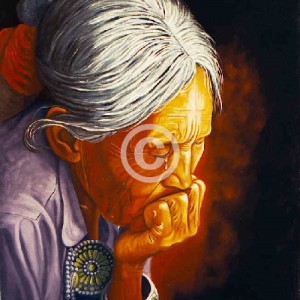 Growing up with a conspicuous last name wasn’t easy for the son of imprisoned Native American activist Leonard Peltier. Chauncey Peltier was just a boy when, in 1975, his father was embroiled in a shootout on the Pine Ridge Indian Reservation in South Dakota that ended the lives of Joe Stuntz, a member of the American Indian Movement (AIM), and two federal agents, Jack R. Coler and Ronald A. Williams. Two years later, Leonard Peltier was sentenced to two consecutive life terms for the agents’ murders, although he and many others maintain his innocence in the crimes. The events leading up to the confrontation, the shootout itself, and the aftermath are covered extensively in author Peter Matthiessen’s provocative account In the Spirit of Crazy Horse, which Chauncey read only recently.

“My father, when I was a kid, told me to go out in society and live my own life and stay out of all that, which I did,” Chauncey told Pasatiempo. “I was eight or nine years old when he went into prison. I knew my father. I had stayed with him off and on. He was a good dad, as much as I knew about him.”